Colombe and Amparo talk about the shepherd

They said he was waiting to marry one of us, Colombe or me. That was being told in the village, and we were sometimes teased about it. Camille said it was just a story and we should pay no heed to it. 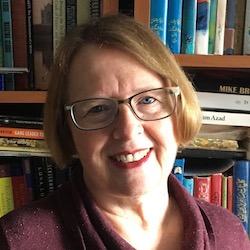 The rich text element allows you to create and format headings, paragraphs, blockquotes, images, and video all in one place instead of having to add and format them individually. Just double-click and easily create content.

How to customize formatting for each rich text

Headings, paragraphs, blockquotes, figures, images, and figure captions can all be styled after a class is added to the rich text element using the "When inside of" nested selector system.

I remember how one day we were hemming sheets for the shepherd. There were other shepherds in the area. But when we talked about the shepherd, we meant Michel.

Sheets for a shepherd, it was unusual. Shepherds were said to sleep on a straw-filled sack, on ferns, or on a woven cot. But this one apparently owned a bed. And therefore, also a house. They said he owned his own flock of sheep. They said he was waiting to marry one of us, Colombe or me. That was being told in the village, and we were sometimes teased about it. Camille said it was just a story and we should pay it no heed. She didn’t want us to talk about it anymore. But Colombe and I did talk about it.

“You go ahead and marry him,” she said.

“If you don’t get married, you won’t be able to have babies,” Colombe said. She loved her two sisters and her little brother. I liked them too. I enjoyed playing pretend school with them and Colombe.

A long time passed before the shepherd came to collect his sheets. They were sheets made of strong linen. We had simply hemmed them, there was no need for lace or an embroidered border.

Colombe and I had heard the shepherd enter, and we were waiting in the kitchen. We were wondering what they had to discuss.

“You’re crazy,” she said. It was crazy. We were twelve or thirteen. But I was unable to shake it. The thought of that shepherd coming to take one of us was hanging over our houses like a dark cloud.

Camille wouldn’t say what the shepherd had come to discuss. He had come to pay, she said. And that was all we got.